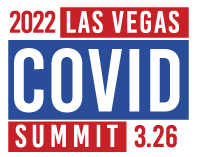 Dr. McCullough is an internist, cardiologist, epidemiologist managing the cardiovascular complications of both the viral infection and the injuries developing after the COVID-19 vaccine in Dallas TX, USA. Since the outset of the pandemic, Dr. McCullough has been a leader in the medical response to the COVID-19 disaster and has published “Pathophysiological Basis and Rationale for Early Outpatient Treatment of SARS-CoV-2 (COVID-19) Infection” the first synthesis of sequenced multidrug treatment of ambulatory patients infected with SARS-CoV-2 in the American Journal of Medicine and subsequently updated in Reviews in Cardiovascular Medicine. He has 54 peer-reviewed publications on the infection and has commented extensively on the medical response to the COVID-19 crisis in TheHill, America Out Loud, and on FOX NEWS Channel. On November 19, 2020, Dr. McCullough testified in the US Senate Committee on Homeland Security and Governmental Affairs and throughout 2021 in the Texas Senate Committee on Health and Human Services, Colorado General Assembly, New Hampshire Senate, and South Carolina Senate concerning many aspects of the pandemic response. Dr. McCullough has two years of dedicated academic and clinical efforts in combating the SARS-CoV-2 virus and in doing so, has reviewed thousands of reports, participated in scientific congresses, group discussions, press releases, and has been considered among the world’s experts on COVID-19.

Dr. Li-Meng Yan is a medical doctor, Ph.D. virologist and independent coronavirus expert. She was educated at two top medical schools in China, Southern Medical University and Central South University. She was also a Post-doctoral Fellow in the School of Public Health at the University of Hong Kong (HKU).

Because of her extensive professional network and scientific evidence, Dr. Yan has the distinction of being the only Chinese insider in the west with firsthand knowledge about the true nature of the virus as well as the CCP’s deceptive methods used to disguise their international bioweapons research.

Recognizing the great danger posed by the virus and the CCP plot to cover up its nefarious activities, Dr. Yan fled to the United States to reveal the truth to the world. Since coming to America, Dr. Yan has been the primary author of three research reports detailing the lab origins of SARS-CoV-2. Her other accomplishments include a patent-pending universal influenza vaccine as well as highly recommended articles on SARS-CoV-2 in Nature, and The Lancet Infectious Diseases.

Dr. Fred Simon is a trauma surgeon, businessman, medical director and leading national patient advocate from Gardnerville, Nevada who is a candidate for Governor of Nevada.

Dr. Simon was the Medical Director of the elite trauma service at Scripps Healthcare network in San Diego, an operation with 100s of employees, where he built teams to address complex operation, medical and financial issues.

In April of 2020, Dr. Simon left his practice and volunteered in an understaffed COVID ICU in Colorado patient care and developed protocols and procedures for respiratory management issues.

Dr. Simon has educated students, Naval residents, and Naval-Marine Corps medics for over twenty years in trauma care at Fort Pendleton and the Balboa Naval Hospital.

Dr. Simon is a graduate of Loma Linda University and holds a Doctor of Medicine degree from Creighton University.  He finished residency in Surgery at the University of Massachusetts Affiliated Program.

Dr. Simon is dedicated to re-engineering healthcare in Nevada by revamping the Nevada State Healthcare Board will expert clinicians and patient advocates. He will bring more independent doctors and nurses to our rural communities and require hospital systems to provide transparency on pricing and be subject to rigorous metrics that evaluate patient care.  We will never shut down our businesses in Nevada again. Dr. Simon will end all mask and vaccine mandates and make therapeutic protocols for COVID available at every pharmacy and will implement state-of-the-art rapid testing technologies which will determine a COVID infection within seconds.

Steve Bannon says “Wayne Allyn Root is the ‘Original Gangster’ for Trump…Wayne is the ether of the MAGA and Trump movement.”

Remind you of anyone?
Wayne’s known for his relentless energy, enthusiasm and passion for Republican politics, conservative values, capitalism, economic freedom and entrepreneurship.

This former 2008 Libertarian Vice Presidential nominee is the host of the nationally syndicated “Wayne Allyn Root: Raw & Unscripted” on USA Radio Network daily from 3 PM to 6 PM Pacific. It is the #1 conservative talk show in Las Vegas on AM 670.

Wayne was named to the “Talkers Heavy Hundred” list of the top 100 radio talk show hosts in America in 2019, 2020 and 2021, and Wayne is the only radio host in Vegas on this year’s list. Wayne’s latest books,“TRUMP RULES” and “The Great Patriot Protest & Boycott Book” were both #1 bestsellers in a dozen business and political categories. Wayne’s newspaper column is read in newspapers across the USA, syndicated by Creators Syndicate.

Wayne resides in Summerlin with his fiance Cindy Parker, the President of Summerlin North and a Board member of the Nevada Republican Club. Wayne has four children ranging in age from 14 to 29.

This event is sponsored by the Nevada 1st PAC.